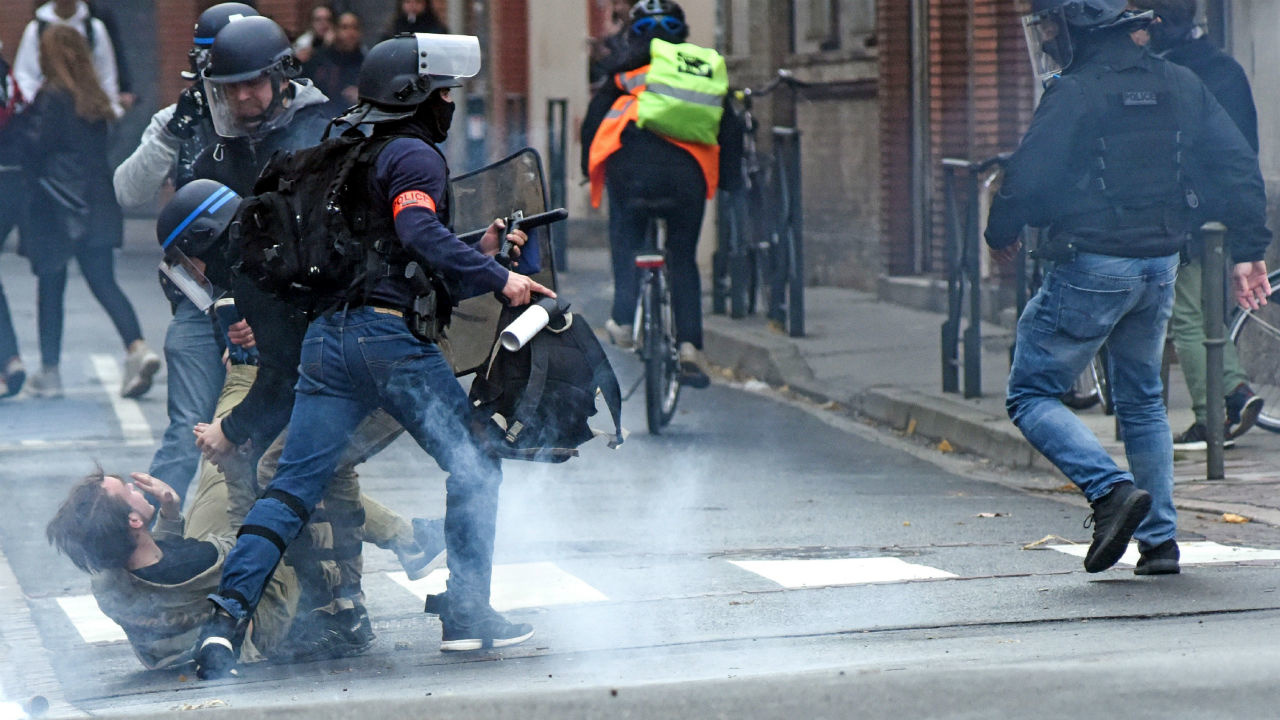 Do elections REALLY have consequences? One time I sat in the Oval Office speaking to George W. Bush, and he told me not to worry about who sat behind the Resolute Desk. He said ultimately it doesn't matter. He claimed that everyone elected would always be beholden to the same mechanized political restraints—the same restrictions. Hands were tied, and things would continue in the same general direction year after year, administration after administration.

Now on one hand, there's maybe A LITTLE comfort in knowing that if a Bernie Sanders is ever elected, he'd have to deal with that same realization. But on the other, what happens when the public figures all this out and removes their social contract with the government? What happens if Republican voters never get a repeal of Obamacare, spending never gets cut, taxes aren't lowered and they never get a border wall? What happens when progressive Democrats never get single payer, a 15-dollar-an-hour minimum wage or free college? How long before the social contract is burned and chaos hits the streets? Just look at Paris...

RELATED: France and Germany are dreaming of a United European Army... What could go wrong?

The Paris “Yellow Vest" riots began in mid November as a protest against the radical climate change agenda. The media doesn't report it that way, but that's what it was. This was a stunning rebuke of the climate movement. Macron's gas tax was part of France's version of what Americans like Ocasio-Cortez and Bernie Sanders are hoping to get done here with their Green New Deal. But the French said NO.

After years of being given empty promises and getting ignored, the French middle class hit the streets IN DROVES. A quarter of a million people showed up to the first riot, burning cars, smashing windows and even attacking police. And those numbers continued this past weekend.

It actually forced President Macron to first delay his fuel tax for six months, and—as of yesterday—fully cancel it. So are the French packing up their Yellow Vests and going home? Not hardly. They're doubling down.

The democratic system in France has lost its social contract with the people. They're tired of being ignored, and they're drawing up a new list of demands. Conservatives are calling for lower taxes and more jobs.

This monster is growing, and it's looking to spread all over Europe.

Liberals, RIOTING SIDE BY SIDE WITH CONSERVATIVES, are calling for smarter taxes and redistribution of wealth. France's largest farmers union has pledged to enter the riots starting Saturday. All the major trucking unions have announced their plans to join as well to protest a cut in overtime rates. Every Frenchman that can don a yellow vest is planning to march this weekend, and nearly everyone has a different complaint… taxes, wages, jobs, immigration. This monster is growing, and it's looking to spread all over Europe.

But this is what ultimately happens when people feel ignored. This is what happens when political promises go empty year after year after year. All it takes is one spark for the powder keg to explode. In most of Europe, that spark was the immigration crisis. As the economy worsened, and progressive policies like the climate agenda made things worse, the social contract ruptured.

Yes, elections DO have consequences. If those that are elected never deliver on their promises, if they ignore the issues that voters care about the most, Paris is the result.