RUSH: I'm getting some emails. "Rush, you don't seem to be taking impeachment seriously enough. I think you're wrong. I think the House is gonna impeach Trump. It's gonna they're gonna do it. I think there's gonna be a trial. I'm really worried. Why aren't you?" I'm getting a lot of emails that have that as a basic theme. I'll go through it again, but let me give you a very simple reason why I think they aren't going to actually have an official vote and transfer all this to a trial in the Senate. 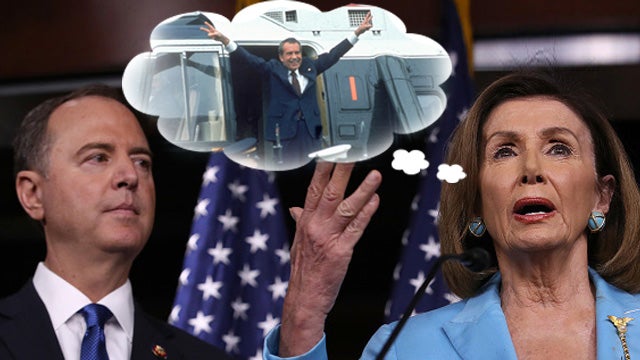 RUSH: Now, I'm gonna expand on this as I did yesterday. Basically I'm just gonna remind you what I said yesterday. But do you foresee Pelosi and Schiff giving up control of the impeachment process, turning it over to the Republicans, to the Senate? Forget that the Senate is Republicans. Forget that. Do you see them giving up day-to-day control over the narrative of impeachment? I don't, and that's the main reason I think that they're not gonna go through with this because I don't...

Look, they're not idiots. I don't care what, you know, the ebb of flow of things happen. If there actually ever was a trial in the Senate, they are not going to get 20 Republicans to vote to convict. They might get Romney and two or three others, but they're not gonna get 20. That means Trump's acquitted. That's the worst thing that could happen. That's not their gambit. Their gambit is the Richard Nixon gambit. They forced Nixon out without ever having to impeach him. They did it in the media.

They were able to scare a bunch of Republicans in the Senate and shame a bunch of Republicans in the Senate into renouncing support for Nixon and then sending an emissary -- it was Howard Baker -- up to the White House to tell Nixon, "You'd better quit because you've lost all support here on Capitol Hill. If they vote to impeach you, you're done. If you want to be the first president removed from office by impeachment, then hang tough." 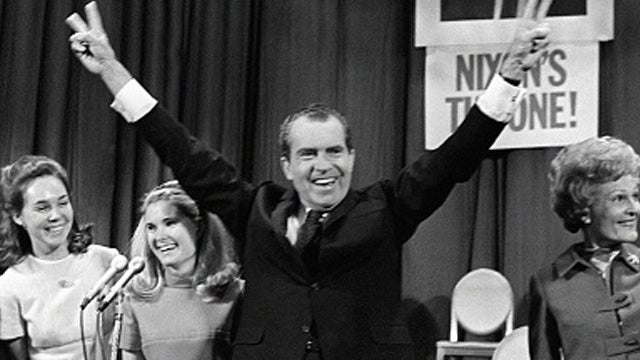 Nixon resigned. That's what they want to put out. They want this to go on all next year. They want to be able to have this thing go on and on and have it be a daily thing. And the minute they have a vote and the minute they go to trial, they turn control of it over to Mitch McConnell, who they hate -- and I just don't see them doing that because, folks, this is purely politics. This is raw politics. This isn't about crimes.

It's all it is, and they need the media to be their echo chamber or vice-versa. The minute the focus of impeachment goes to the Senate, Pelosi and Schiff are just sideline cheerleaders. They are not going to give that up. Now, there are exceptions to everything. And if they found that Trump did in fact shoot somebody on Fifth Avenue last night and it was covered up -- if they found something like that, outrageous -- then, of course, bam! They would go full speed. But they don't have anything impeachable.

See, that's another thing that, when you get right down to it, they don't have anything impeachable. All they have is what they used during Nixon. And that is a daily opportunity to try to turn Republican support in the Senate away from Trump with public shaming; never-ending, relentless media narratives that cause Republicans to cave. That's the model that they are following.